Seattle Center Monorail will temporarily suspend service from Tuesday, September 7 through Friday, October 8 due to construction. Service will resume on Saturday, October 9 at 11am. For more

Festival Sundiata presents Black Arts Fest is part of the Virtual Festál Series with generous support from 4Culture. The 2021 theme, "Where the World Gathers" links together the series of 24 free festivals presented throughout the year, each with a unique cultural focus, identity, and a range of engaging activities.

Festival Sundiata (pronounced: Soon-jah-tah), is the longest running African American festival celebrated in the Pacific Northwest and Seattle, holding its first festival in 1980. The festival is named in honor of the Sundiata Keita, the historic and legendary Mansa (King of Kings) of the Mali Empire in West Africa. King Sundiata rescued his people’s griot and created one of the most significant cultural and economic kingdoms in Africa.

The festival shares and celebrates African-American culture with the broader community through the talents of local artists, musicians, youth groups, vendors, historical displays, culinary delights, and more. This is the feel-good event of the year! The reunion of the community! Festival Sundiata shares the love and passion of Black folks who have been systematically sidetracked from the total expression of their heritage and history. 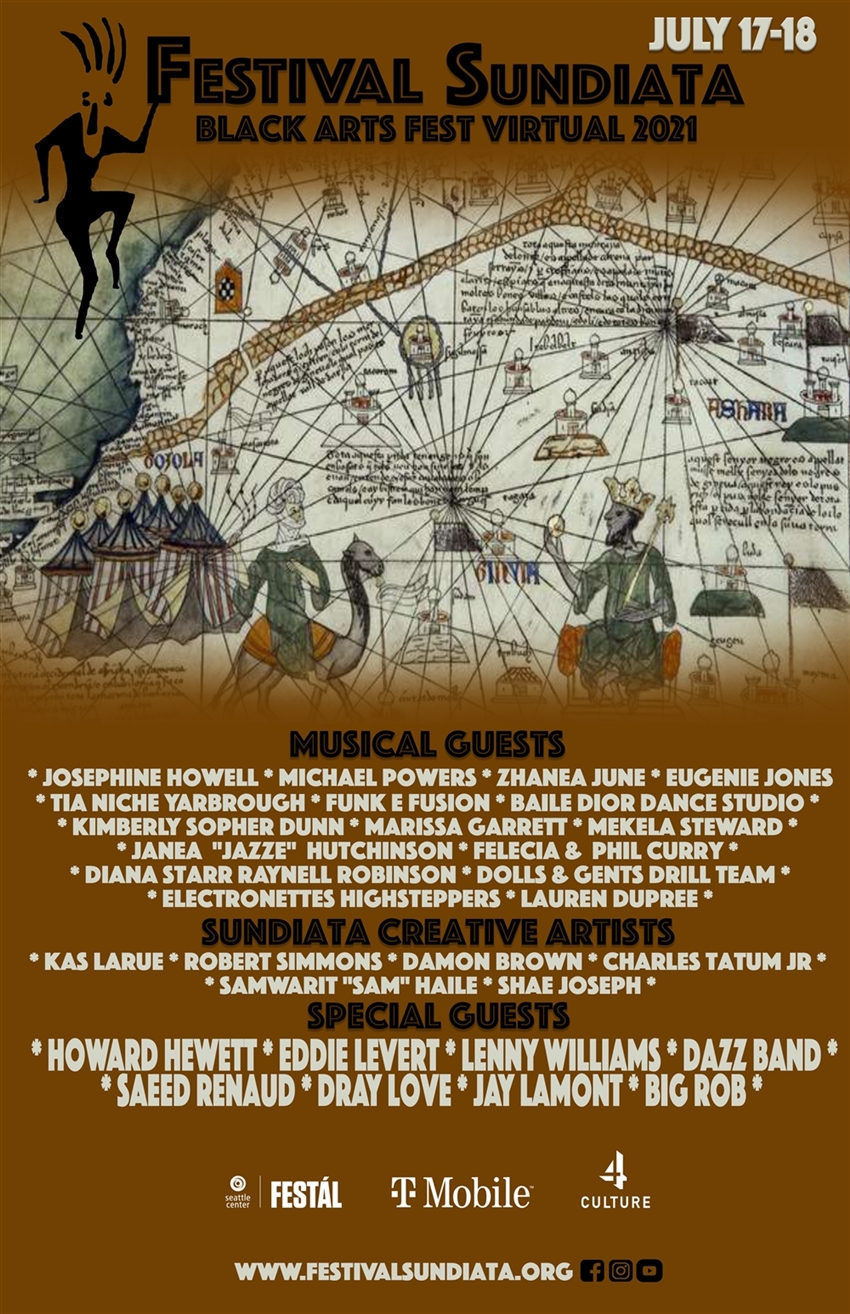