The new skate plaza was designed by VDZ+A and New Line Skateparks and built by Grindline Skateparks. The team worked in close partnership with Seattle Center, Skate Like A Girl and the Seattle Center Skatepark Coalition to plan a new facility that adds variety to our citywide skatepark network. This project transformed a former road (Broad St.) into an active community space.
We took community input from public open houses, more than 350 survey responses, and in-person conversations at community meetings, tournaments, and skateboarding workshops. The new Seattle Center Skate Plaza is designed for street-style skateboarding, with a focus on providing flexible space for beginner-level skateboarders to learn and practice skills. And it contains bits of history, as well. Local artist Perri Howard worked to re-install the original artwork she created for SeaSk8 – including a glass wallride -- in this new location. Look closer, and you’ll also find five bronze skateboarder figures from the original SeaSk8 park (2000) integrated into the concrete.
Because the site connects to a public alleyway, the skate plaza design is divided into two skate spaces, connected by a sidewalk. And more transformation is still to come! In the future, if new development makes it possible to close the alley, we plan to connect the two sides into one continuous space. In the meantime, the City’s plan to redefine Thomas Street will greatly contribute to making the skate plaza a safe and welcoming place.

Thanks to our funders: City of Seattle and Oak View Group, developers of Climate Pledge Arena.

More information on our Programming Partner 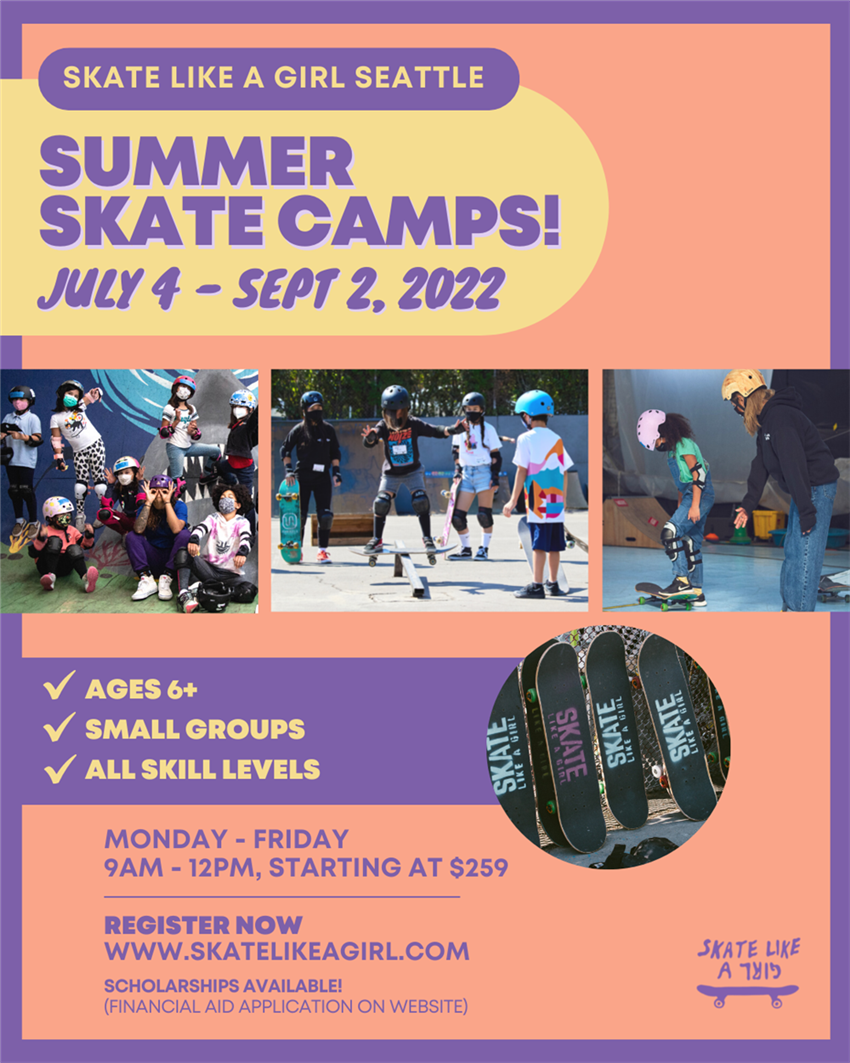 Watch to learn more about the making of the new Plaza