Seattle Arab Festival will take place on August 12-13, 2023 at the Armory Food & Event Hall and Mural Amphitheatre. The festival is part of the Seattle Center Festál series.

Seattle Center Festál presents Seattle Arab Festival in partnership with Seattle Arab Festival (SAF). The festival features traditional Arab foods, drinks, and desserts inside along with a wide array of local and national vendors with fabulous products from or about the Arab world. Visitors will also be delighted by Arabic music, singing, dancing and other stage performances.

In the early 1980's, Seattle sponsored, "Ethnic Fest", an event held at Northlake Mall for several years. A group of local Arabs always manned a booth until Ethnic Fest ended.

Initially, the community gathered to combat negative stereotypes of Arabs, which continued to be prevalent in the US media around the time of the Gulf War. The Arab Center of Washington (ACW), established in 1992, was the first organization to produce the Seattle Arab Festival. The first festival was held at a private residence in Seattle in 1993. In 1999, the Arab Festival joined the Festál series at the Seattle Center, which provided ACW with the much needed support and infrastructure to carry out the festival on a larger scale. In 2018, after ACW closed its doors, Seattle Arab Festival (SAF), a non-profit organization was created with the specific goal of carrying on the production of the Festival.

The mission of Seattle Arab Festival is:

Previous Arab Festivals have always been well-attended by the local community, and have included exhibits by Arab artists, Arab food demonstrations, educational and cultural country booths, children’s activities, dance, poetry and musical performances by local, national and international Arabs, lectures, movies, and, of course, a plethora of Arab food and drink.

The festival has been a wonderful place for the Arab community to gather and celebrate their lovely and vibrant culture that thrives in Seattle and abroad. It’s also been a fabulous place for non-Arabs to come and experience a bit of the Arab world.

Many Arabic words can be found in the English language including "cotton", "coffee", "alcohol" and "lemon". 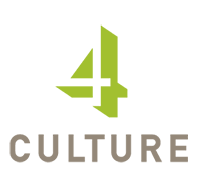