HISTORY, LEGENDS, LEGACY AND BASEBALL
Veterans Day Weekend
Buffalo Soldiers Museum will pay tribute to the favorite pass-time for these men Baseball. For the record the Buffalo Soldiers were some champion baseball team at Historic Fort Lawton in Seattle.

Phil S. Dixon is a road warrior, a veracious interviewer, a tireless researcher and writer who has interviewed over 500 players, wives and their offspring for a unique perspective of the American and Negro League baseball experience, works for which he won a SABR MacMillan Award (Society of American Baseball Researchers) for his excellence in historical research. He is best known for his 7 non-fiction books which includes “The Negro Baseball Leagues A Photographs History, 1867-1955,” a Casey Award winner as the best baseball book of the year in 1992. 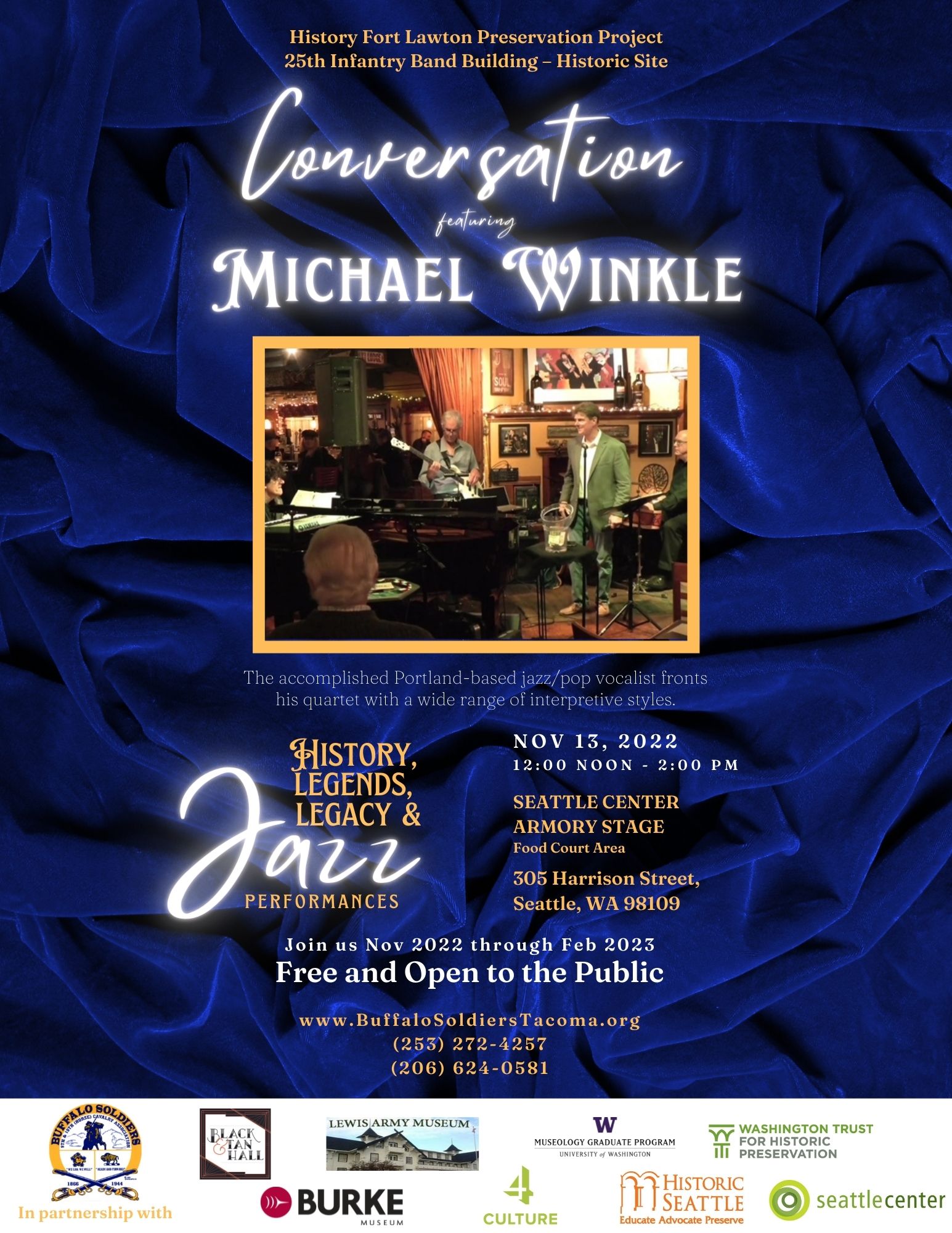 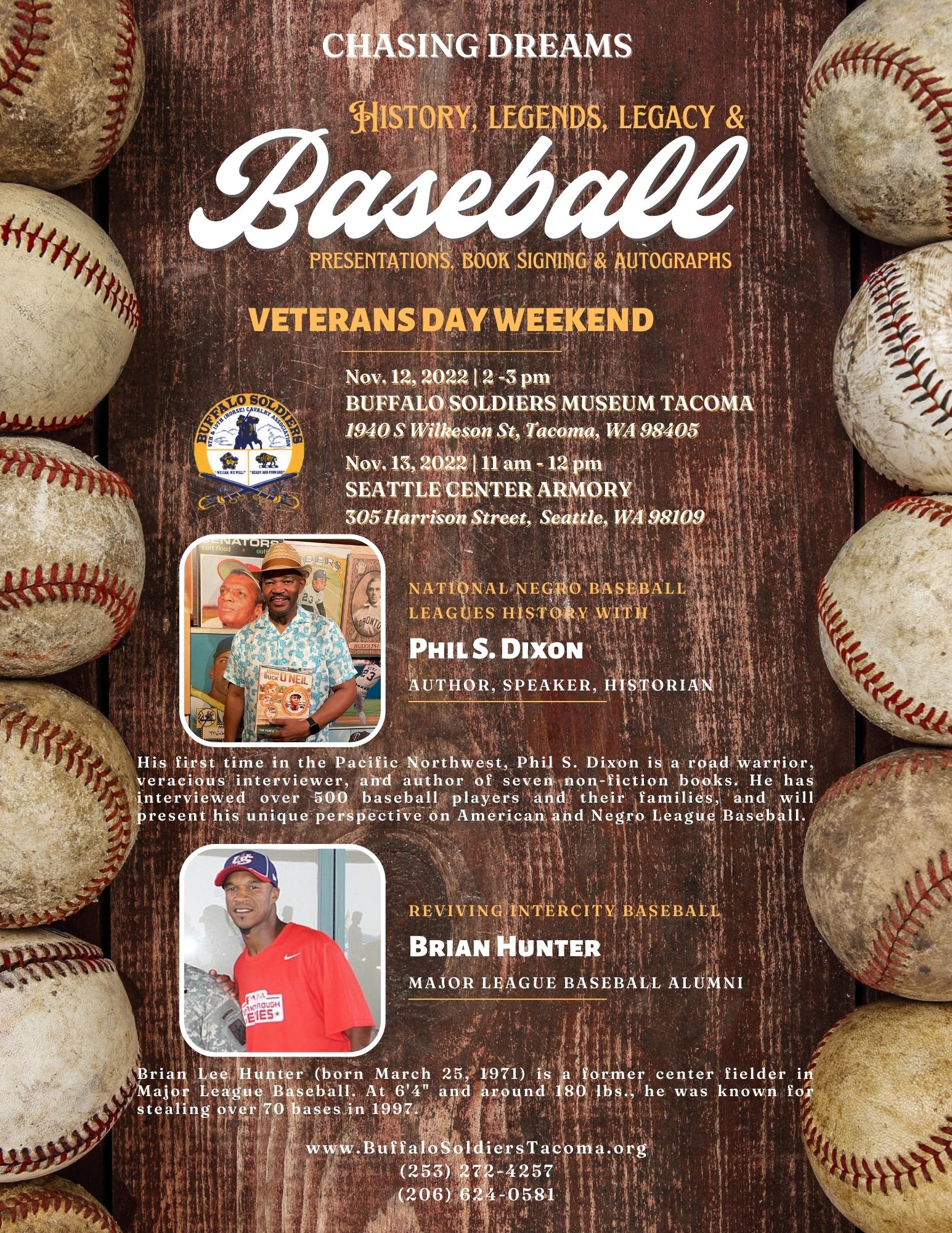 Location
Free Event
Educational exhibit celebrates the rich military history at Fort Lawton and the Buffalo Soldiers stationed there as part of the U.S. Army’s 25th Infantry.
All Day

Location
Admission Fee
SeaCompression is the official Burning Man decompression party of the Puget Sound region. The Fisher Pavilion will be all ages 2:00pm-8:00pm after which it will become 21+ only until 2:00am. Enjoy a little slice of Burning Man here in Seattle and dance the night away!
1:00 p.m.

Location
Free Event
Pregame at the Armory, Presented by WaFd, is your pregame destination for all Seattle Kraken home games at Climate Pledge Arena. Pregame activities start 90 min before puck drop. Every gameday will feature sign-making stations, exciting hockey content and other programming on a giant screen.
5:00 p.m.